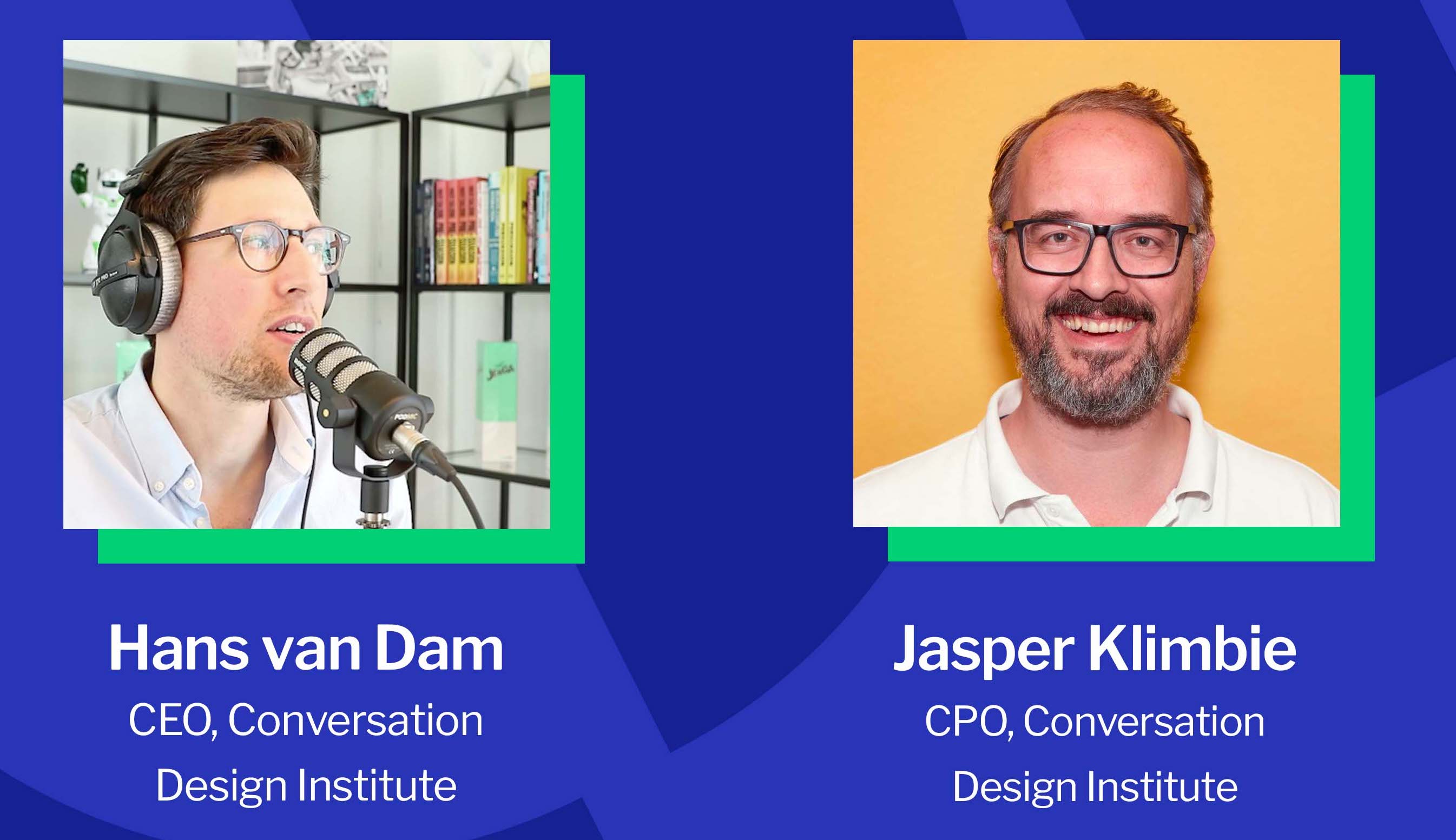 Jasper trained as a lawyer, studied journalism, worked as a comedian, and performed as a musician.  He studied screenwriting at UCLA Film School, wrote ads, and content copy.

“I was really learning the power of language, and it’s so interesting to see what well-written language can achieve, and that well-written means different things for different applications,” explains Jasper, who is the Chief Procurement Officer at the Conversation Design Institute.

Jasper entered conversation design after taking on the role of creating the Dutch personality and content for Google Assistant.

The project presented some unique challenges, in part because in the Netherlands people don’t like hierarchy compared to some other countries, so the Google Assistant could not be perceived as a servant.

In addition, cultural differences became evident, because Google has such a strong American ethos. For example, the Netherlands centres its December festivity on Sinterklaas, but Google found this strange and so Sinterklass had to be explained to Google U.S. Ultimately, Google had to make a leap of faith, allowing local markets to be trusted to make these decisions.

This is where Jasper’s background in law became an asset. Many questions were routed to him so that he could make judgment calls about whether something may offend.

In addition to all the challenges, the Google Assistant required a persona, a personality that makes the content more engaging.

Conversation Design Institute
CDI is the world's leading training and certification institute for conversation designers. Learn to unlock the potential of chatbots and voice assistants.