Translation, Localization, And Conversational Design In a Multilingual World 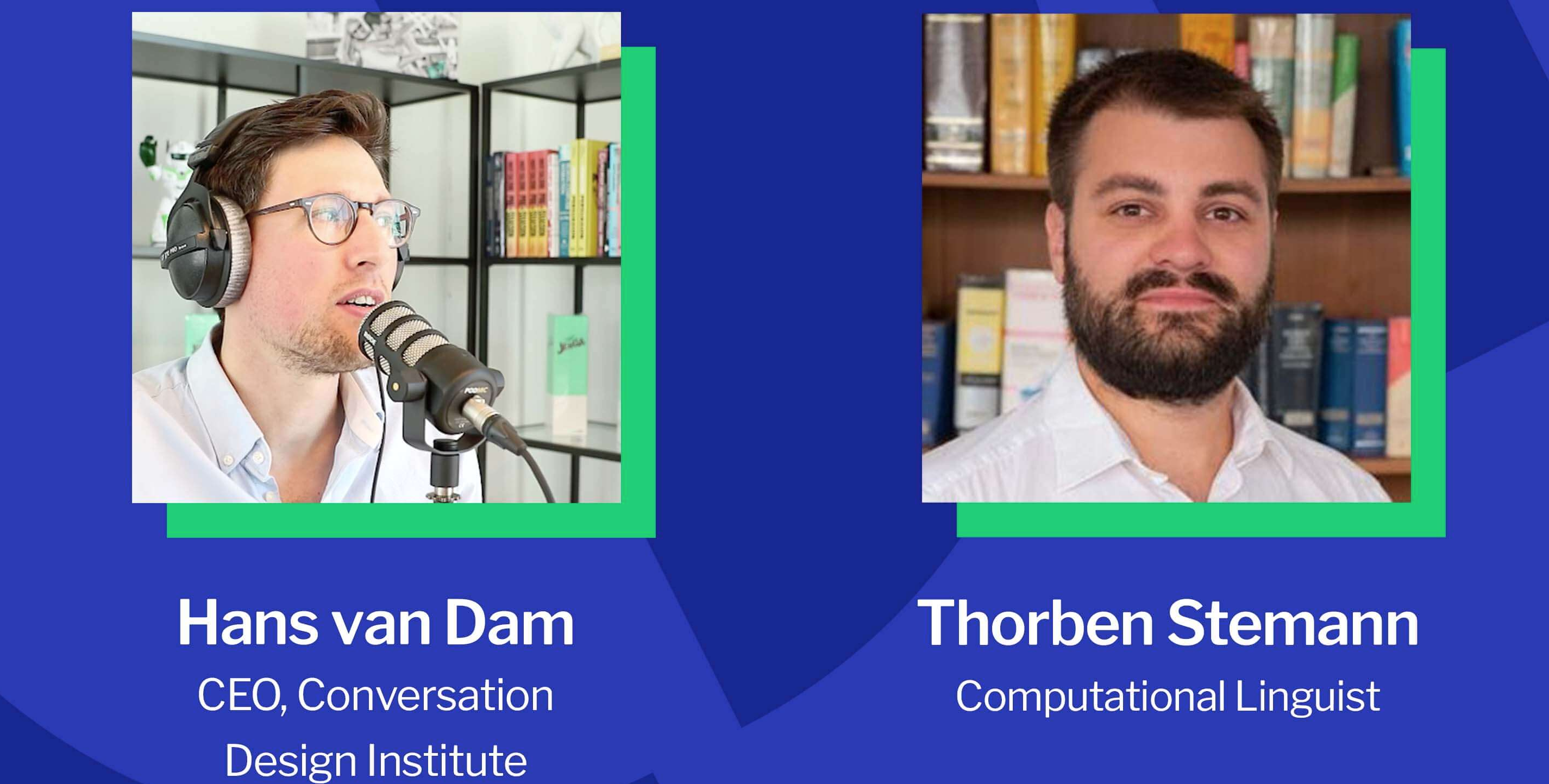 Many forward-looking companies are embracing chatbots and working with skilled conversational designers to engage new markets.

Conversations host Hans van Dam explores this fascinating challenge with Thorben Stemann, a Conversational Linguist with Kocarek, in Germany. Kocarek is an experienced translation service provider for small and medium-sized businesses. The focus of its translation activities is on technology, legal, economics, marketing and communication.

Translation isn’t a new issue for global businesses. They have been considering tone of voice, brand presentation, and cultural nuances for decades now.

However, in voice tech Thorben points out that at the core of all issues with language technology is the fact that everything is demoed and prototyped in English.

He explains: “Most of it works great on English. Just adding one more language . . . usually you realize: ‘Oh, that sounds rough’. You always have to add these slashes to add both genders and it doesn't look so great.”

So because different languages have different grammatical structures, designers may need to subtract or add information.

“As well, will the bot be using formal or informal speech, and will it universally use the same forms to address someone? Those are just technically sometimes also challenging, not just from a design standpoint. But how do I actually make sure that's working in the infrastructure of the bot?”

Thorben says the number one mistake businesses are making in voice tech is placing localization at the end of the conversational design step. A translation, he explains, is a rewrite in another language. The whole process is being done again, so ideally, it should be taken into account right from day one.

Inclusivity is another important issue in voice tech. Hans notes that copywriters need to understand nuances within a culture, so that everyone understands what is being said.

Kocarek is working to solve these and many more challenges. Thorben’s role is to be a bridge between designers and linguistics, working with engineers and copywriters to ensure that solutions to linguistic problems are found, and that the finished dialogue sounds natural and makes sense when in use.

“We want the linguists to be able to adapt to the technological possibilities, and maybe refrain from doing things that are just outright impossible in the technological tool that you're using.” At the same time, Thorben works to sensitize engineers to language so that they recognize when something sounds weird or doesn’t evoke emotion.

Conversation Design Institute
CDI is the world's leading training and certification institute for conversation designers. Learn to unlock the potential of chatbots and voice assistants.